Skip to content
FREE SHIPPING FOR PURCHASES OVER $80 *
August 21, 2020 By Strato Minis Studio Uncategorized No Comments on 15mm Range Update

Friday update, you might want to sit down, some bad news.

Last year around Christmas we have been pondering about the viability of our 15 mm range, we have asked for feedback in the groups, calculating costs, doing plans. Now we are heading for September, over 9 months later, and it is time to re-evaluate.

And without further sugarcoating, we have decided to extinguish it.

What does it mean – when moulds are gone, and most of them are nearing extinction event with asteroid speed, we will not revive them. Most stock in 15 mm currently has limited quantities, based on our estimates of mould life. When they are gone, they are gone.

We will probably keep our 15 mm infantry for a while longer, and we will most likely produce limited runs of our mecha in the collector’s scale of 1/100, but as a line, 15 mm is effectively gone.

Why we are doing it? The answer is simple – they take too much funding to introduce, and too much time to process, vs rather unimpressive sales (at least in comparison to our other lines). The most bothering part for us is this slow processing of orders of them, which affects customer experience, and we don’t want that.

Another reason is, honestly, that our 6 mm lines, especially Hardwar 6mm are breaking record after record in orders, and we can barely keep up with the production of that line alone. Not to mention we are on the last steps to release Hardwar The Game, and all our overtime is focused on that objective. In this situation, 15mm is a proverbial ball and chain that slows us down.

Now, recently we have announced soon-to-be-released 15 mm Sapsan, and we have to do something about it in light of new decisions. We are still pondering what to do with, and we hope to get it released some time in the future, but it will be surely limited release and the timeline is unspecified at this moment.

Of course, those of you who already ordered our 15 mm will get them as soon as we will make them, but again, it takes longer than it should, please remember that, for which we sincerely apologize.

Now if you want to stack on soon to be OOPs you can find what is left here, at the moment of writing this most of the vehicles are estimated for 3-5 units to be left in the moulds.

We are really sorry for that decision, but we really feel it will be a better scenario than dragging it longer. Also, we would like to thank you all who supported our 15 mm line. We hope they will bring you lots of victories in your battles.

Fellow wastelanders! Finally, a postapocalyptic addition to our Independent Designs line! Three hunters from radioactive and deadly wastelands, designed and sculpted by Mariusz Klat, are ready to walk into your games. These are the first 32mm scale miniatures we offer. We hope you will like them, and we keep fingers crossed for the collection to […]
Read more
February 1, 2021 Rafał Zerych

We want to offer UK residents the possibility to buy our products despite the taxation chaos that forced us to close shop for UK clients. You will be offered retail prices minus Polish VAT, so in fact 23% discount on our stock, just as you’d be an international business customer. But remember, there is a […]
Read more
July 6, 2019 Rafał Zerych

Here it is, a new hardbot in retro line! Iron Bird is the next step in hardbots development. Advanced, versatile and heavily armored. Iron Bird comes with two head versions and both heads will be included in this set. Iron Bird will be available soon, and now you may add this war machine to your […]
Read more 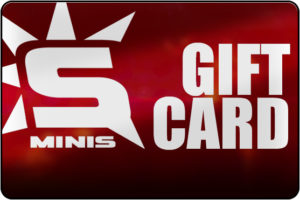