Skip to content
FREE SHIPPING FOR PURCHASES OVER $80 *
BUY MINIS

Stratoyager is a common name for fighters that operate both in space and in the atmosphere of planets. Strato fighters are used for fights in the void of space, rings of gas giants or on asteroids’ orbits. They traverse on the edge of cold emptiness and inexorable gravity.

Now you can plot the course between life and death, and lead your wing of fighters to victory. Command the Federation Fleet fighters against very advanced aliens, the Fowlers. Become a pirate and engage System Police vessels in your trusty speedship. Find your way to victory through endless manuvers possibilities!

The setting of Stratoyager is set about 200 years into the future, in a universe full of dreams, progress, discoveries, and hope for human race. Those are endangered though, as meeting unconditionally hostile aliens cast a shadow over a large portion of mankind. Fourth Kind, also known as „Fowers” or „Fowlers”, came out of nowhere during the diplomatic first encounter with mysterious, plant-like Trigat, firing on both diplomatic vessels. Since that time, for over 30 years now, Fowlers wage strange guerrilla war, without defined frontline, without negotiations and parlays, without any comprehensible plan or strategy.

Meanwhile, rapidly expanding Terran area of control in space, known as Federation of Systems, is becoming a loose one. More and more colonies refuse to pay taxes to Earth and fights for independence. Corporate miners create unions to fight oppressive contracts with their employers. Rebelling forces are on the rise, yet to be united into new interstellar dominion.

Interstellar corporations are leading on the frontier, fighting between each other for prospecting rights. Sometimes they use politics, lawyers and lobbyists to achieve their goals, but in most cases they are resolving issues with force, far away from any Federal observers.

At the same time, trade routes from Old Worlds to the edge of Known Space are getting busier every day. Space ships filled with essential equipment for colonies, and returning with rare ores and treasures are easy prey for pirates. Space marshals, Federal Police, various planetary defense forces, even contracted mercenaries are hunting them down in the eternal game of cat and mouse.

Only you can plot the course between life and death, and lead your wing of fighters to victory. Command the Federation Fleet fighters against very advanced aliens, the Fowlers. Become a pirate and engage System Police vessels in your trusty speedship. Find your way to victory through endless maneuvers possibilities!

Stratoyager is inspired by many SF universes, but if we were to point out the most important ones, those would be Wing Commander, Star Lancer, Battlestar Galactica, Space Above and Beyond, Babylon 5, Starship Troopers and, last but not least, Aliens. 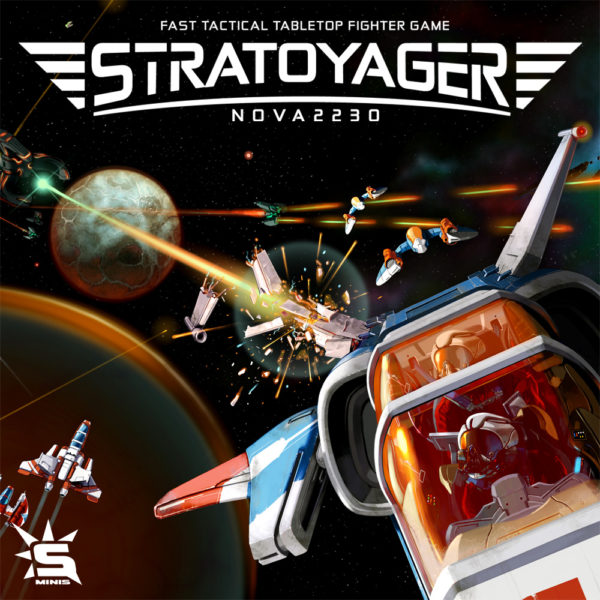