Resin cast model in 6mm/1:285 scale. One piece. Unpainted.
Base not included.

The new version of advanced stratoyager, the STF-502 Phoenix, known also as just 502. When in the year 2224 the Foulers again became a threat, the Star Fleet Command decided to introduce a new fighter to the field. This time it was supposed to be a universal unit, but mainly focused on fighting in space, and the ability to fight in the atmosphere was to be secondary, albeit important. So in 2227 Phoenix was created.

If you want more information about ‘yagers, take a look on Stratoyager site. Good hunting! 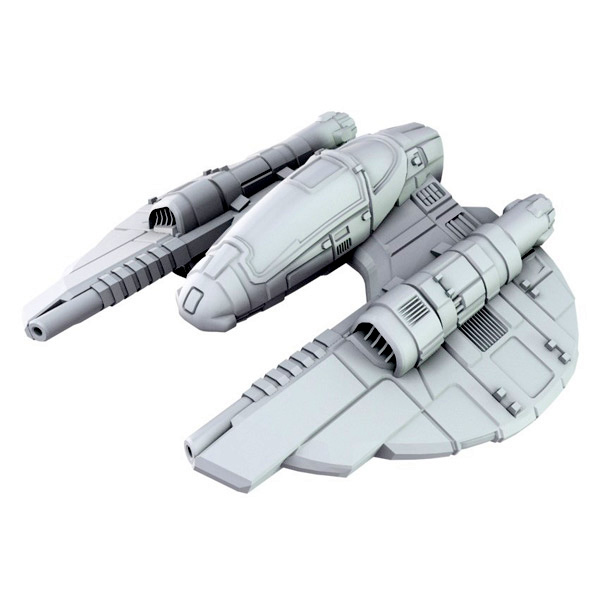